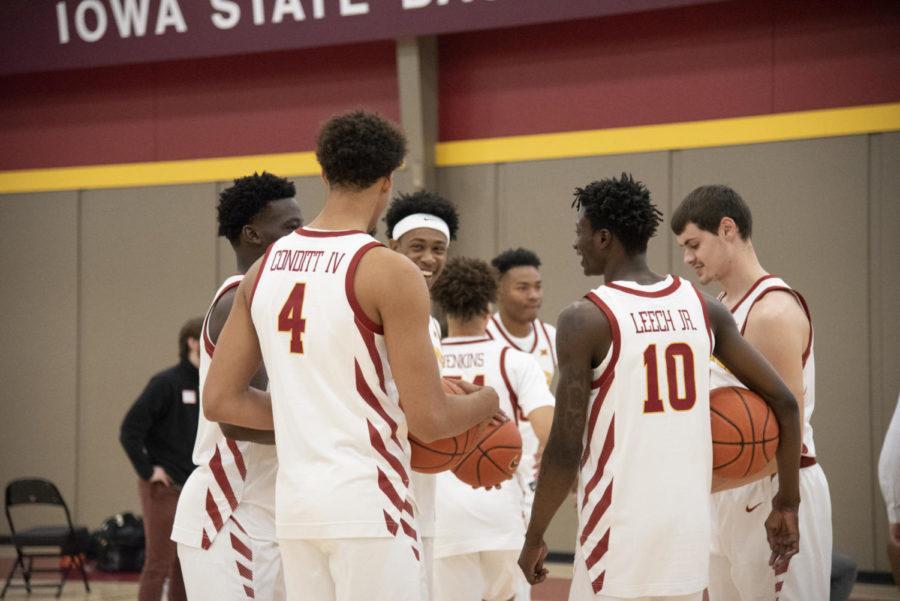 The Cyclones will begin a season that will have plenty of questions about lineup configurations and playing time for new faces including Rasir Bolton, and the return of a healthy Zion Griffin and Solomon Young.

While Mississippi Valley State is not a difficult opponent for the Cyclones to begin the season with, head coach Steve Prohm and his players say the season opener will be the first opportunity to get a peek into how the season will shape out.

Prohm said the biggest factor he wants to see in the season opener is everyone finding their roles. Prohm said in a season opener, he expects his players to come out with plenty of excitement.

Prohm admitted the first handful of games to begin the season will be a time to try some new things.

“I think there is going to be experimentation with this team for a while,” Prohm said.

Prohm said his lineup has gone through three primary sets: real big, big and small — with the Cyclones’ coach throwing out the prospect each lineup could be the best on any given night.

Michael Jacobson, a returning starter for the Cyclones and a member of Prohm’s ‘real big lineup,’ wants to see the Cyclones show intensity on the defensive end of the floor.

Jacobson said Iowa State wants to push the pace of the floor and allow stingy defense to turn into easy offensive looks for a young, yet dynamic scoring offense.

“The concepts aren’t new but there is only a few of us that have worked on it before so I think the biggest thing is getting the new guys used to how we want to do it,” Jacobson said.

Tyrese Haliburton, the leader of the Cyclones according to Prohm, is returning as a starter just like Jacobson and echoed his coach’s sentiment that each player has to shine in their own respective role.

Haliburton said the season opener is about having every Cyclone doing their job the best way possible to help the team.

“People are going to shine in their role, whatever it is Tuesday — if people aren’t getting in then be the best energy guy on the bench, if someone’s gotta play 40 minutes then they’ll do that,” Haliburton said. “Just star in your role and know what you gotta do.”

Haliburton said with a brand new lineup stepping onto the court for the Cyclones on any given night, patience will be key.

With the season beginning, time will be on the side of Iowa State to figure out what works best.

“It’s gonna take some time – Rome wasn’t built in one day so we’ll figure it out,” Haliburton said.