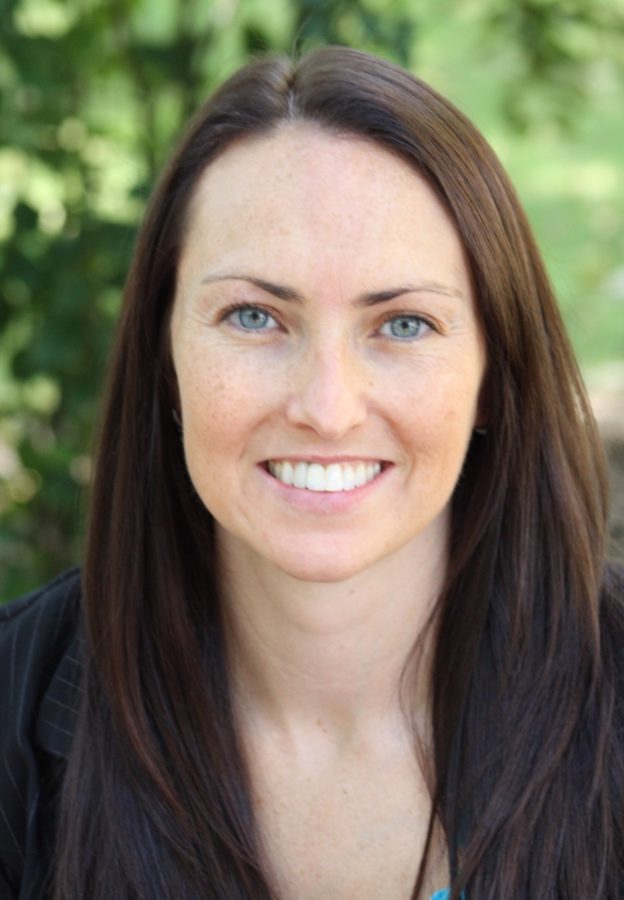 Kelly Odenweller, assistant teaching professor for psychology, recently finished a study focused on why mothers treat each other the way they do. Odenweller found that certain mother stereotypes affect mothers' attitudes more than others.

One Iowa State professor recently delved into the world of motherhood to find out why mothers treat other mothers the way they do.

Kelly Odenweller, assistant teaching professor of psychology, started the study in 2014 as part of her dissertation and has just recently published the study in the Journal of Family Communication.

The study builds on previous research in which Odenweller identified seven different stereotypes of stay-at-home and working mothers. She and co-authors at West Virginia and Chapman universities surveyed more than 500 mothers to learn more about their attitudes, emotions and harmful behaviors toward mothers who fit one of the seven stereotypes.

Odenweller said she gained access to over 500 mothers by reaching out to online mom groups and asking if they would be interested in the survey, and from there, the moms reached out to other moms they knew. Suddenly, Odenweller gained hundreds of willing participants.

“I had a lot of confidence I was getting great data because they were so interested in it,” Odenweller said. “The women were really candid about how they felt, not just saying, ‘Oh, she is a mom, so I’ll treat her nicely because she is like me; I’m a mom.’ They were actually evaluating like, ‘Well, if she seems like she might be better than me then I’m going to be a bit jealous of her, and I’m not going to help her.’”

Every mother that took part in the study was given an online survey where they were anonymous in order to encourage candid responses.

The mothers were shown a random profile of the seven stereotypes at the beginning of their online survey. From there, the mothers would answer questions about their feelings of the mother and how they would treat them. Due to the survey being anonymous, the mothers could give their honest feelings about the stereotyped profiles. This was Odenweller’s intent. She wanted to see the true underlying beliefs the mothers held about each other.

All of the following stereotypes apply to both stay-at-home and working mothers with the exception of the “lazy” stereotype.

Overworked: Wants to do it all, but is overextended and it shows

Ideal: Juggling several responsibilities, but gets it done and doesn’t appear stressed

Hardworking, balanced: Not an ideal mom, but ambitious, dedicated

Non-traditional: Modern, liberal progressive — makes choices that are good for herself and family, whether at home or work

Traditional: Embodies the roles expected of a woman, believes her main purpose is to raise children and maintain the household

Lazy: Not nurturing, attentive or hardworking — applies only to stay-at-home moms

According to the results, ideal and lazy mothers drew the most contempt from both working and stay-at-home mothers. The overworked stay-at-home mom also was near the top of the list. Odenweller said survey participants expressed negative feelings and admitted they would treat a lazy or ideal mother poorly by excluding her, arguing with her or verbally attacking her.

Not all responses given were negative. All mothers felt pity for overworked working mothers and were more willing to offer them help. Working mothers did express admiration for ideal moms who appear to have it all together. Odenweller said this response only came from working mothers, and she suspects they see these ideal moms as a champion for their cause.

“Working moms juggle a lot and want more support for all mothers with careers. For them, it may be more of a social statement that women can be great at their careers and being moms,” Odenweller said.

Odenweller said she wanted to do the study because there has been a lot of media attention on what she calls the “mommy wars,” where mothers judge each other and criticize their mothering abilities and approach to raising children.

“I was really interested in finding out if this is really happening among women or if this is something the media is amplifying and making a bigger deal of,” Odenweller said. “That was kind of what my inspiration was, and I went into that not knowing what I would find.”

Odenweller, who said that she has gained valuable information from the study, has concluded that there are things that can be done to improve the relationships between mothers.