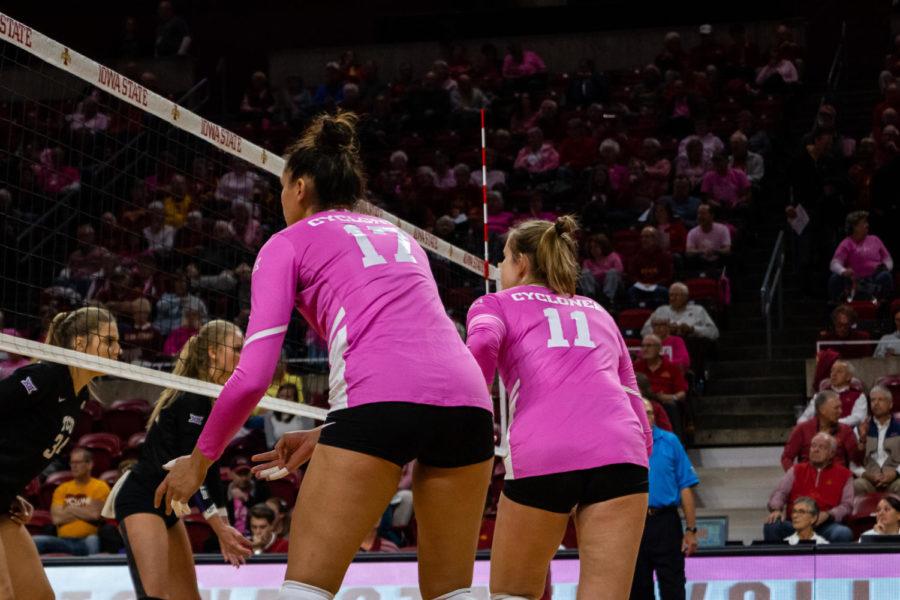 Iowa State defeated TCU 3-0 on Wednesday on the road to go to a 5-4 conference record, while the Horn Frogs fell to a 2-7 record.

During the win several Iowa State hitters had solid hitting nights, but overall, the Cyclones continued their streak of having match hitting percentages below .300. On defense the Cyclones had a stingy defensive performance behind Candelaria Herrera.

While some of the team struggled hitting, including Josie Herbst, who had only two kills and a -.200 hitting percentage, Iowa State’s top three hitters in the match hit efficiently.

The Cyclones’ third leading hitter was Herrera with nine kills and a .412 hitting percentage.

Herrera has the third-best overall hitting percentage in the conference this season.

On defense, Herrera paced all players with nine blocks as the team regisered 11 total blocks through three sets and held TCU to a hitting percentage of .108.

In the backrow, Izzy Enna led all Cyclones with 13 digs.